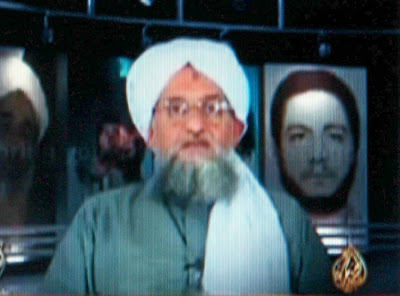 "Robert Spencer's latest book, The Truth About Muhammad, has been banned in Pakistan," writes Ivy Sellars in Human Events," the Capitol Hill weekly newspaper where I once was employed as managing editor.

Spencer's book, "published by Regnery (a Human Events sister company), was pulled off shelves after it was found to contain 'objectionable material' about Islam's founder, according to a notification obtained by the Kuwait National News Agency.

"The Pakistani government has confiscated all copies and translations of the book."

The rest of the article is here.

Bush Falling Down: Is Homosexual Adoption a Benign Reality?

WPost Attacks: "Deliberately bringing a child into the world without a father and exposing that child's moral formation to an atmosphere of homosexuality is a "benign reality," according to Ruth Marcus in the Washington Post," writes George Neumayr today in American Thinker.

"Marcus was writing in praise of 'Mary Cheney's pregnancy,' only regretting that it hadn't occurred during the 2004 election cycle, when a 'hugely pregnant' Cheney could have illustrated the clanging disconnect between the Republican Party's outmoded intolerance and the benign reality of gay families today.'"

Bush Concedes: "Unfortunately, the Republican Party isn't as reactionary as Marcus supposes. Hasn't she noticed that it is happy to make mindless concessions to social liberals like her? After all, George Bush evidently considers gay adoption a benign reality too.

"Quickly crying uncle to his glib questioners at People magazine, he predicted Mary Cheney will be a very good mother and 'loving soul' to her child."

Children Lose: "Bush's interest in the domestic culture war at this point is almost nil and his handling of it is certainly as questionable as his conduct of the Iraqi one.

"The rhetoric grows more and more depressingly empty: White House spokesmen rattle on about the danger foreign radicals pose to our 'way of life' even as they watch, with fashionable passivity, domestic liberals damage it. Is there nobody at the White House who can bring themselves to say that gay adoption is bad for children?"

The rest of George Neumayr's article is here.