What Did James Brown Want? 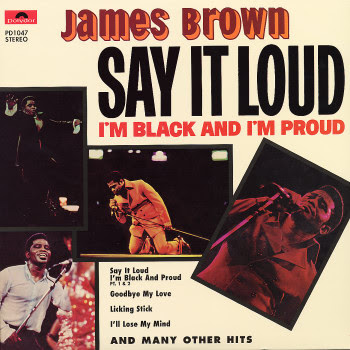 "Of the three, James Brown will be the most misrepresented. Brown's impact on music and the music culture cannot be applauded enough. His social relevance in the late 1960s is also undeniable."
* Message Co-opted: "But Brown's message, as is the case with many of his contemporaries, has been co-opted, truncated and obfuscated in ways that prevent the true relevance of his message from being applied in the lives of those who gleefully tapped their feet to the beat of his music, but are blissfully deaf to the message it proclaimed.

"For instance, every black from 'back in the day' can recall the raw empowerment exuded in his power anthem 'I'm Black and I'm Proud.' However, very few realized then, and even fewer realize today, exactly what Brown was advocating.

* Empowerment for All: "His message was co-opted to be a cry for black militancy -- truncated to be 'afros' and afro-centric attire -- and obfuscated to cloud the truth. His lyrics were simple truth -- 'We demand a chance to do things for [ourselves] . . . we're tired of . . . workin' for someone else.' What greater cry of empowerment for all people, but especially for those crippled by the Great Society initiatives.
"His lyric 'We'd rather die on our feet, than be livin' on our knees' is a clarion reminder of a people's life spent waiting for the government to give them their next stipend. Brown's message was 'I'm black and I'm proud' -- get out of my way, I can do it myself. OOH-RAH belongs at the end of that refrain.
"Brown penned: 'I don't want nobody to give me nothing -- open the door I'll get it myself . . . don't give me no animation, give me true communication . . . don't give me no sorrow . . . give me equal opportunity to live tomorrow -- give me schools and give me . . . books -- so I can read . . . and gain my truly looks . . . we don't want no sympathy. . . .'
"The message was one of self-motivation and meritocracy, but vampiristic ghouls who gain presence by corrupting the message of life that men like Brown proclaim will pompously pontificate his message into that which leads to the very subjugation he challenged blacks to overcome."