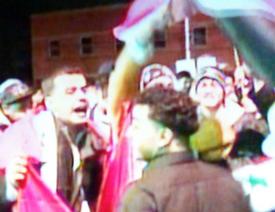 Dearborn, Mich. -- "A crowd of Iraqi-Americans cheered and cried late Friday outside a mosque as some Arab media reported that Saddam Hussein was executed," reports AP.

"The crowd of more than 150 had gathered earlier in anticipation of Saddam's execution, praying for the death of the former Iraqi dictator as people honked car horns, sang and danced in celebration.

"Chants of 'Now there's peace, Saddam is dead' in English and Arabic rang into the night in this Detroit suburb."

The entire report is here.

WorldNetDaily has set up a forum to discuss Saddleback's Rick Warren, asking, "What Do You Think of America's Pastor"?

Here's the introduction to the Warren Debate Forum:

"Rick Warren, the best-selling author, pastor of the Saddleback Church, international traveler, has been everywhere lately -- television, magazines, and in the middle of a controversy with WND Editor Joseph Farah over his recent trip to Syria. This forum is the place to debate Warren's actions and Farah's criticisms. What do you think of the man quickly becoming known as 'America's pastor'?"

Total number of posts thus far: 265. Go here to see the debate for yourself. 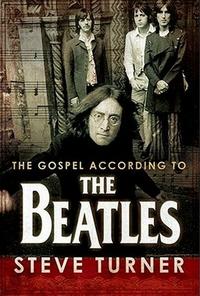 Steve Turner is a British author and journalist. His book Imagine was published in 2001, and his latest work, The Gospel According to the Beatles, was published in August. The following is from an interview with Infuze magazine.

* Why Worldview? "Christians often develop a Christian view of, say, prayer and scripture but don't think of having a Christian view of the normal stuff of everyday life. If they do not have a Christian worldview, they will inevitably just take the dominant view of the culture they live in. In the West, this tends to be some form of humanistic materialism."

* Beyonce: "If you take an artist like Beyonce, she appears to have a Christian view of Bible reading, church and prayer (from what I've read), and yet her performance, rather than challenging the predominant culture, is a reflection of its current demands."

* Britney Spears: "There was a program about Britney Spears on TV, and writer Chuck Klosterman was saying that when he interviewed her some years ago, he asked her whether she thought her (then) defense of chastity before marriage was at odds with her stage shows and videos where she tended to dress in school girl uniforms and act the temptress. He said that it was one of the strangest moments he'd ever experienced in an interview because she was just dumbfounded. He said it was as if the thought had never occurred to her."

* Humans First: "We have to remember that God made us as humans, not Christians. He created the human race and the environment of the world and was pleased with what he had created. He imagined us enjoying our lives in this space He had created."

* Chariots of Fire: "The actor playing the athlete Eric Liddell in the film Chariots of Fire is made to say, 'When I run, I feel God's pleasure.' That is a good doctrine of creation. When we do human things in the world God made for us, God gets pleasure. The need to be Christian entered with the fall. We needed to be redeemed. But, far from wiping out God's orininal intentions, it confirms them. To be Christian is to be on our way to being fully human."

* Evermore Prayer Meetings? "Hank Rookmaaker the Dutch art historian used to say, 'Christ didn't die in order that we could go to more prayer meetings.' People would gasp at this. Then he would add, 'Christ died to make us fully human.'"

* Why Christ Died: "He didn't die to make us religious, but to make us human. In our fallen state, we lack the completeness of our humanity. The monastic tradition makes the mistake of thinking that God is best pleased with us when we cut ourselves off from the world, deny ourselves pleasure, refrain from marriage and devote ourselves totally to religious activities. This almost assumes that God made a mistake in putting us in a world of pleasure, culture, art, nature, work, companionship, etc."

* Love: "Christians have so often 'used' an art form simply to put over a 'message,' but have had no love for the art form. They haven't wanted to leave film or the novel in a better state because they were there. But because these things are good and are pleasing to God, we should make sure that we tend and look after them. The arts help to preserve and invigorate language. They sharpen our vision. They make us notice things. They bring greater understanding between people. We have to respect them."