Wilberforce, Newton, and Christians' "Disregard for the Truth"

"On Feb. 23," writes Ken Walker, "a sister company of Walden Media -- the folks behind such films as Charlotte’s Web, Winn Dixie and Chronicles of Narnia -- will release its latest positive fare, Amazing Grace, the story of British abolitionist William Wilberforce."

* John Newton: The Wilberforce film, says Walker, "shines a light on John Newton, author to the words of the legendary hymn [Amazing Grace] that lives on and in recent years inspired a PBS television special on its impact."

* Newton's Inspiring Story: "John Newton? The slave ship captain caught in a powerful storm who struck a bargain with God, promising to set the slaves free if the Almighty saves their lives? And after God calmed the storm, Newton instantly converted to Christianity, freed the captives and quit the slave trade?"

* Oft-Told: "Over the years, you’ve probably heard (maybe preached) that story, or some modified version of it. I heard it early in my Christian life."

* But: "The only problem is none of it is true, according to Christine Schaub, author of The Longing Season, a best-selling historical novel that tells the story of Newton and his beloved hymn."

The rest of Walker's article at ChurchCentral.com is here. 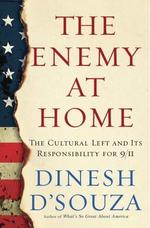 "On a recent trip to Istanbul I encountered a group of Muslim students who insisted that American culture was morally perverse," writes columnist and author Dinesh D'Souza. "They called it 'pornographic.' And they charged that this culture is now being imposed on the rest of the world."

* New Yorker Boonedoggle: "Recently," D'Souza continues, "the New Yorker reported on an event held at the Mary Boone art galley in Manhattan where 'artists, collectors, literati, and other art world regulars mingled seamlessly with adult-movie producers and directors and quite a few of the performers themselves.'"

* Defending Obscenity: "The liberal defense of obscenity and pornography began many decades ago as a defense of great works of literature and of free speech. It began as a defense of books like James Joyce’s Ulysses, Flaubert’s Madame Bovary, and D.H. Lawrence’s Lady Chatterly’s Lover."

* No Guardrails: "But now some liberal advocates insist that all forms of sexual explicitness are equally deserving of legal protection and that no restriction of obscenity or pornography should be allowed."

* Pornopundit: "This is the position defended in former ACLU president Nadine Strossen’s book Defending Pornography. As liberal pundit Wendy Kaminer puts it, in her foreword to the book, 'You don’t need to know anything about art -- you don’t even need to know what you like -- in order to defend speech deemed hateful, sick or pornographic.'"

* Protecting "Fantasies About Children": "Kaminer even takes the view that child pornography should be permitted because 'fantasies about children having sex are repellent to most of us, but the First Amendment is designed to protect repellent imaginings.'"

Wendy Kaminer is on the advisory board of Secular Coalition for America.

D'Souza's new book, The Enemy at Home: The Cultural Left and Its Responsibility for 9/11, is just published by Doubleday.

[The entire D'Souza column is here. (Note: the column appeared earlier today at Townhall but is now -- time: 12:15 pm -- not on their site. I will post a link as soon as one becomes available. -- JRP)]

* Update: The author says the column is scheduled to appear tomorrow (Tues., January 16).