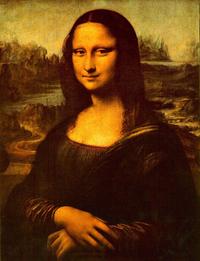 "An expert on the Mona Lisa says he has ascertained with certainty that the symbol of feminine mystique died on July 15, 1542, and was buried at the convent in central Florence where she spent her final days," reports AFP .

Researcher "Giuseppe Pallanti found a death notice in the archives of a church in Florence that referred to 'the wife of Francesco del Giocondo, deceased July 15, 1542, and buried at Sant'Orsola,' the Italian press reported Friday."

The entire AFP report is here.