Forum: What About Sen. John McCain Speaking at Discovery Event?

On February 13, The Pearcey Report published the alarming news (to some) that GOP presidential hopeful Sen. John McCain is scheduled to speak February 23 at an event co-hosted by the Discovery Institute. (See The Pearcey Report main page headline "Darwinists Upset McCain Speaking at Discovery Event.")

William F. Buckley now comments on this news in a column titled "So Help Us Darwin": "The news is that McCain has agreed to speak at a luncheon hosted by the Discovery Institute in Seattle. What offends my friend is that the think tank in question supports the concept of Intelligent Design. And the question raised -- believe it or not -- is whether such a latitudinarian thinker should be thought qualified to be president of the United States." Here's the entire column.

We have decided to set up a forum: What about Sen. John McCain's speaking at this event co-hosted by the Discovery Institute? Is McCain being foolish, political, genuine, all of the above, none? What are your thoughts on McCain, Buckley, ID, Darwin, the bloggers, and so on?

Here are more responses to McCain's scheduled appearance in Seattle:

* Kansas City Star: "There are lots of places McCain could have taken his show, but he picked the Discovery Institute. It doesn’t matter what his speech is about, this is his attempt to pander to the creationist fringe."

* The Nation: McCain's conservative-friendly "makeover continues on February 23, when he is scheduled to speak before the Discovery Institute, the right-wing think tank that has attempted to introduce into public school biology classes the teaching of Intelligent Design."

From Think Progress, as quoted (unedited) in the original Pearcey Report coverage:

* McCain Doomed: "Flipper McCain’s affiliation with this group is sure to doom his campaign!"

* Flip-Flopping Madman: "That pasty-faced, flip-flopping madman McCain is not intelligent, but he has designs on the white house."

* Groan: "I thought we were done with all the 'Intelligent Design' hokum. The longest two weeks of my life was when our church started presenting it in Sunday School as an ‘alternative’ to evolution . . . and I had to spend my Sunday afternoons deprogramming my wife and her family. People should be able to sue proponents of Intelligent Design for permanent harm done to their ability to think critically."

What do you think of the news that Sen. John McCain is scheduled to speak at an event co-hosted by the Discovery Institute? Post your comments below. 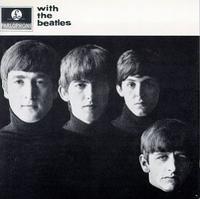 More Beatles fun over at Newsbusters.

See a discussion of "The Gospel According to the Beatles" at Christian TV vs. Christian Thinking.

Hillary: She Was for the War Before She Was Against the War

Hillary Clinton "is triangulating her position on the Iraq War in a cynical effort to appear tough-minded and to placate the antiwar, leftist base at the same time," writes Joseph Klein in Frontpage. "She is now proclaiming. '[I]f we in Congress don’t end this war before January of 2009, as president I will.'

"Following in the footsteps of Dwight Eisenhower and Richard Nixon, who used their promises to end the Korean War and Vietnam War respectively to win their races for the White House, Hillary is gambling that she can outflank John Edwards and Barack Obama as the antiwar candidate during the primaries while sounding resolute to the general electorate. But hollow campaign promises and tough rhetoric do not equal meaningful results." . . .

If She Wins: "Hillary is fanning the American electorate’s disillusionment with the war for her own political ends. She will do anything and say anything to get elected.

"All that Iran, al-Qaeda, and the enemy combatants in Iraq whom they are supporting need to do is continue putting the squeeze on our troops and to wreak more havoc on the Iraqi populace.

"Knowing that this will fuel the sense of hopelessness about the war in America that will ensure Hillary’s election as the newly minted antiwar savior with her knight Bill by her side, the terrorists will get their prize in Iraq: a base to spread their bloody jihad globally."

My earliest memory of attending a live classical music performance is watching my mom play the violin in Menotti's opera Amahl and the Night Visitors.

I was about four years old, and this was my first concert. On top of that, it's a special memory because I remember my mom smiling at me from the stage.

Here's a New York Times article on Menotti, who died yesterday at age 95. Notice the irony of his comment in 1964: Among the avant garde, he noted, “To say of a piece that it is harsh, dry, acid and unrelenting is to praise it. While to call it sweet and graceful is to damn it." In his own operas, Menotti "dared to do away completely with fashionable dissonance, and in a modest way, I have endeavored to rediscover the nobility of gracefulness and the pleasure of sweetness.”

_______________
Nancy Pearcey is author of Total Truth: Liberating Christianity From Its Cultural Captivity and editor-at-large of The Pearcey Report.

Columnist and attorney Debbie Schlussel wonders why Democrats picked Imam Husham Al-Husainy to deliver their Winter Meeting invocation, in which "he called for an end to 'occupation'."

* Readers Know: "Readers of [Schlussel's] site know Imam Al-Husainy, Imam of the Karbalaa Islamic Education Center in Dearbornistan, well," she says. "I've written about him and his extremist views extensively."

* Best Buddy: "The guy is best buddies with the Neturei Karta rabbis who spoke at the Mahmoud Ahmadinejad Holocaust Denial Conference in Iran."

"In a move that has provoked sporting, emotional and commercial angst, Adidas, the Bavarian company that has shod the national team for 50 years, has been outbid massively for the privilege by Nike," reports Timesonline.

"The Oregon-based company has offered the German Football Federation €500 million (£331 million) to be the national squad’s boot and kit supplier for eight years from 2011. The football establishment has never seen such largesse before: there is an additional €50 million signature fee and a similar amount for the women’s team."

This deal, according to this currency converter, amounts in U.S. currency to approximately $781,000,000 (amount fluctuates with alterations in the exchange rate).