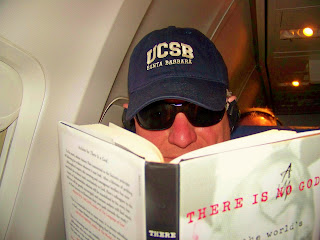 The atheist mind. It is interesting to witness the degree to which man or woman will go just to avoid being confronted by Truth. My husband and I regularly (almost nightly) engage self-proclaiming atheists on the web.

On a site/blog called de-conversion.com, you would be saddened to see just how many former and current "ministers" of The Gospel are really suffering from a hardness of heart and outright rebellion. These ministers hail from all denominations, including Episcopalian, and the very controversial, and often heretical, Emergent Church movement. One observation I have made while speaking to atheists (& being a former agnostic myself), is the anger and hurt that runs so deep within their hearts, and explodes out of their mouths. It is an anger that comes from their separation from their loving Father; their refusal to come to Him like a child.

I just recently ended a three-day, lively exchange on my blog with an atheist who has published a blog called, "Stuff Drunk People Like." I challenged him to reconsider just how humorous drunkenness is, and whether he would invite victims of drunk driving accidents to enjoy his creative project. He has still not sent out the invitations.

Atheists are not outside of God's reach, yet their arguments are circular and presumptuous--and it doesn't take long before that becomes evident.

One woman on de-conversion.com, recently posted an article expressing her contempt for marriage and the Bible's seeming chauvinistic teachings. I am currently preparing my response to her assertions.

The observation you made about how planes fly is a great one. My unlce is a retired pilot/captain, and I would often sit with him and ask him to explain how such a large object floats in the air. He would try and try to explain it,but it just flew over my head, so to speak. I thought airplanes were so amazing, and I couldn't understand how man could come-up with such amazing technology. Then, one day, I got a bit of a revelation while watching birds fly: the original aircraft is the bird. The plane is fashioned after the bird, and GOD designed their wings and things. We humans really didn't come-up with anything new.

Both my husband and I are looking forward to reading Flew's writing, and we are glad he is seeing the light. I hope his book will give us more insight into the atheist mind. Thanks for sharing it.